Senior School places in Fleet. Have you been affected or worried you might be?  It’s not too late to act.

On the 1st March many families will be finding out which secondary school their Year 6 children will be attending in September 2018. For some this year the school offered may well be outside the town they live in.  Fleet families are most likely to be affected, where increased population is not being matched by school provision.

The reason for this? Hampshire County Council (HCC) have failed to prepare for the increase in children from Fleet primary schools and new developments needing a secondary school place.

Figures from Autumn 2017 show there are 574 Year 6 children currently attending the primary schools that feed Courtmoor and Calthorpe but there are just 504 secondary places.  Some children will move away, enter private education or be home schooled, but what about those who want to attend a Fleet senior school and simply can’t get in?

Is it acceptable for Fleet parents to have their children educated elsewhere?  HCC won’t be concerned as long as they can offer your child a school somewhere within Hampshire. Figures do show that there will be spaces in Yateley, Frogmore and possibly Robert Mays, at least for September 2018.  Is this acceptable?

The situation is likely to get worse.

Considering the Autumn 2017 census figures, the table below shows the number of children currently in Fleet primary school and the planned admission number (PAN), of senior school places by the year that they are ready to move to secondary school.

Remember these figures do not include the planned developments at Watery Lane, Grove Farm or Hartland Park. In total these developments represent over 2200 new houses.  Hartland Park alone will generate over 300 senior school children (based on HCC calculations of 0.21 per dwelling)

So where will these senior school children be educated?

Because Courtmoor is limited by its footprint, the only available immediate option is to expand Calthorpe Park. 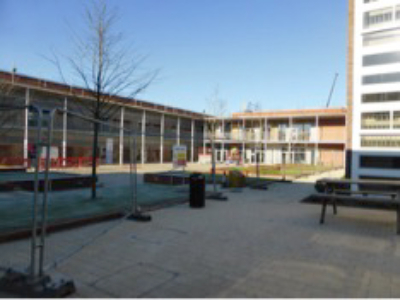 Is a super school really in pupil’s interest?

No new secondary school has been built in Fleet since the 1960s. Big extension plans are in place for Calthorpe taking the school to 12 Form Entries and 1800 children.  That would make it one of the biggest secondary schools in Hampshire. But what then?  Can the school just keep being extended- 13, 14 forms per year or 1950, 2100 children? Will standards and results stay the same? Will the school be an attractive place for teachers to apply for posts?

So what’s the alternative?

Fleet and Church Crookham have and continue to have massive development and yet no new secondary school.  Unfortunately, these developments have been too small to warrant a new senior school, so the developers have simply donated money in the form of S106 agreement. These funds are then used by HCC to expand existing schools such as Calthorpe, Crookham Junior, Tavistock and Tweseldown.

Donating funds to simply expand existing schools is one of the drawbacks of ‘urban extension’ – a consequence of having no local plan.  However, in the proposed local plan, a new secondary school will be built in one of the new settlement locations.  Whilst not in Fleet if the settlement is close enough to the outer fringes of Fleet and Church Crookham, the new secondary school may be able to take our senior school children.  Certainly, the train could be used for children near Fleet station if the school is situated near Winchfield station.  Or Hampshire County Council could provide transport, usually in the form of school buses.

What can you do if you are not happy?

Steve is a member of Hampshire County Council’s Children and Young People Select Committee, so he should be up to date with HCC’s strategy.

When contacting your Councillor, ask them: